Caroline Saunders, the current president of the Agricultural Economics Society, writes about the experience of removing subsidies in New Zealand in the organisation's latest newsletter.

'New Zealand famously removed all subsidies to agricultural producers as part of its post-1984 reforms. Prior to those reforms, New Zealand (NZ) had a relatively high degree of regulation throughout its economy. With a change in government in 1984 accompanied by an exchange rate crisis and a looming fiscal crisis, NZ undertook widespread liberalisation.

'The agriculture subsidies were relatively short lived. Until the mid-1970s, support levels were relatively low. However, the introduction of Supplementary Minimum Payments (SMPs) in 1978 – a form of deficiency payment that favoured the sheep breeding flock – followed swiftly by a raft of other measures, marked a rapid escalation in support levels. These measures included: incentives for land development; concessionary livestock valuation schemes; preferential credit for farm purchase; tax concessions; and fertiliser subsidies. Most were phased out in 1984, with some transitional arrangements persisting until 1986.'

'The New Zealand experience of liberalisation of agriculture offers some useful insights. There were clear changes in land prices and production decisions in response to the changes in incentives. However, some caveats also need to be observed, notably that New Zealand had a relatively simple and short-lived support system and the removal of subsidies was accompanied by liberalisation throughout the wider economy. The impact was felt by those who had changed or bought farms during the period with subsidies, and subsequently had debt that was not sustainable after the prices fell. The changes also happened within a generation, which certainly would not be the case in the UK.' 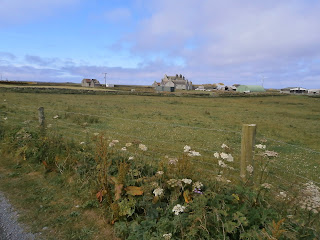