Talks on the resumption of the stalled Doha Round took place in the margins of the World Economic Forum at Davos, Switzerland during the past week, but many hurdles remain to be overcome before an acceptable farm trade deal can be sketched out. Such negotiations are necessarily complex, even arcane, but the essential elements are as follows:

1. Can the EU and US reach an accommodation of their mutual differences? Probably yes, with the EU willing to give some ground on market access and the US willing to concede on domestic subsidies. The notion of 'sensitive' products also gives room for fudges and compromise.
2. Can they sell such a deal to their own constituencies? Much more difficult. In the US, there is a Democratic, more protectionist Congress. Attempts have been made by the White House to square the Colin Peterson, the influential chairman of the House Agriculture Committee, but they may not work, particularly in terms of the renewal of trade protection authority. In Europe, France has presidential and parliamentary elections coming up and already thinks the EU has gone too far in its concessions. The poor state of Franco-German relations leaves Angela Merkel little scope to broker a deal.
3. Can the leading developing countries be brought along? This remains a major difficulty, although Brazil and India have been trying to broker a common position. The real problem is between the US and the emerging countries. The Americans want substantial access to their consumer markets. They are looking for any agreement on farm trade to be offset by reciprocal concessions by Brazil and India on lowering barriers to trade in industrial goods and services. This remains politically difficult.

The recent talks have sought to grapple with the core issues, but the political difficulties remain considerable and there is not much time.
Posted by Wyn Grant at 11:57 AM No comments:

Top level push on Doha Round may not work

An attempt by President Bush and Commission President Barosso to re-start the stalled Doha Round trade talks may not succeed in the face of rising protectionist sentiment in the new Congress and intransigence over subsidies in the EU. Meeting in Washington last week the two leaders instructed their chief trade negotiators to come forward with a deal 'as soon as possible'. Talks involving the EU, US, Brazil and India are likely to take place in the margins of the World Economic Forum in Davos, Switzerland at the end of January.

However, a top level steer may not be enough to overcome the gap between the two sides. The EU does not appear to be willing to offer any flexibility on market access beyond the average 51 per cent on farm tariffs already suggested and the US is not willing to give ground either on its demands on tariffs or on domestic subsidies. The subject of sensitive products which would be exempted from cuts also remains a difficult one, although potentially amenable to compromise.

France has meanwhile declared itself shocked by an interview that farm commissioner Fischer Boel gave to the Financial Times making the not unreasinable point that the CAP faced substantial cuts after 2013. Although this is hardly a relevation, French farm minister Dominique Busserau, no doubt without an eye on electoral manoeuvrings in France, called her suggestion 'an insult to the social model to which European citizens are profoundly and legitimately attached.' Whether they are so profoundly attached to subsidies to prosperous farmers is open to question.

Nevertheless, he defended the CAP as the 'cornerstone' of the EU and said that 0.5 per cent of the bloc's GDP was a small price to pay for food security. He got short shrift from Fischer Boel who sent a robust reply declaring 'It is no insult to the future of ariculture to say right now that the anount of funding dedicated to it will probably not remain at the current level. It would be irresponsible not to make preparations for this.'
Posted by Wyn Grant at 12:28 PM No comments: 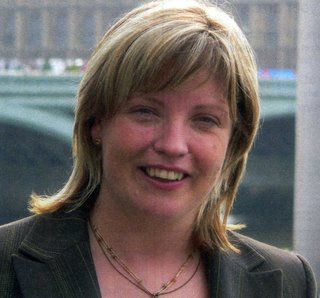 She declared, 'The average farm size in the EU could not provide a living for a family at present world prices.' But this is the key question: should public funds be used to sustain commercial enterprises that are not viable, unless they are providing public goods.
Posted by Wyn Grant at 2:48 AM No comments: