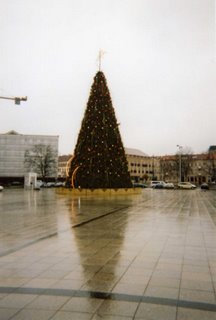 Our friends at the farmsubsidy.org network are organising a conference on transparency in the CAP in Budapest at the end of January which unfortunately conflicts with other commitments that I have. However, it looks very interesting and further information can be found here:
Budapest
Posted by Wyn Grant at 4:33 AM No comments:

The highly regarded Food Ethics Council has published an interesting and well informed paper on 'Sustainable Farming and Food'. You can download it at: Sustainable . There is also an oppprtunity to participate in an online discussion on the paper.

I'm not sure that I agree with all the paper, as I think that at one point it does fall into a protectionist trap set by the industry. When time allows I will publish a summary and some comments here. In the meantime, readers of this blog may wish to take a look at the publication themselves.
Posted by Wyn Grant at 12:01 PM No comments: