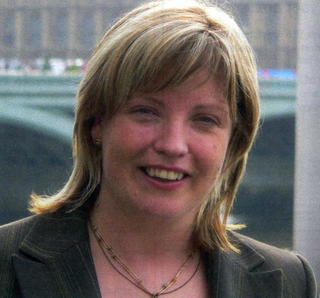 At a time when Irish prime minister Bertie Ahern has been defending the CAP in the Financial Times and getting it large from Professors Swinbank and Tangermann in return, it's a good time to take a look at Ireland's farm minister, Mary Coughlan.

Mary Coughlan does, admittedly, come from a very rural constituency, Donegal South West. She was elected to the Dail for Fianna Fail shortly after graduating in politics and sociology from University College, Dublin in 1987. This rapid rise may have been helped by the fact that her father was a politician. Married with two young children, she became a minister of state in 2001. But the move from minister of social and family affairs to replace the long-serving Joe Walsh as farm minister in 2004 was something of a surprise.

She clearly represents modern, successful Ireland, with a reputation as having a sharp mind and an affable personality. Unfortunately she is a defender of traditional CAP policies. She wants the EU to be cautious in the Doha Round negotiations and she is disappointed by the UK's call for further reform of the CAP. 'I think it's unfair. A commitment was given in 2002 that funding would be fixed for 10 years. Tony Blair must keep his promise.'

Ireland has generally been a staunch ally of France on CAP reform and the matter is of such importance to the Republic that it is the prime minister who has to be wheeled out to explain why further reform is inappropriate.
Posted by Wyn Grant at 12:39 PM

After we paid for our kids nudist summer camp we found it tough to recover! I totally agree with you!